Not much news is good news.


I've not got too much to write today, but I have just discovered that The Just Joans have announced a new ep, which is very exciting news for a slow Friday. A few details available here:-

I'm just using it as an excuse to post this song.

Will be back with some proper updates next week.
Posted by damian at 15:40 1 comment:

Colour Me Wednesday - I though it was morning

Colour Me Wednesday are a four piece band who reside, and this is taken from their website, "mostly in uxbridge". Actually you can just look at their website if you want to know more about them. The important thing, for me at least is that they've just released a record through Discount Horse called "I thought it was morning" 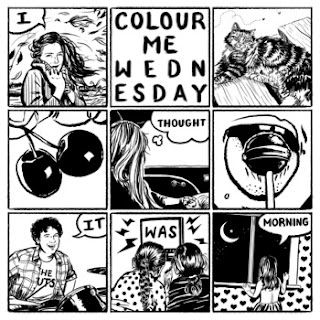 To keep it short, it's an excellent little record, short, sharp and pretty damn angry; probably at you if you're the wrong sort of person. It's an album that lives in the now, it's concerned with the world and it's concerned about how we live in it; a song like Purge Your Inner Tory should make that very clear to you. If it doesn't you probably shouldn't be listening.

Musically, it's pretty punky and exciting, a rush of guitars married to sweet vocals, but there's enough happening here to keep one interested for the duration of the record, it's not the same one song over again, which happens to lesser bands. So there's the ska (but good ska, don't be put off) of Carefree, the rather menacing bass heavy sound of Lost On The High Street or the delicious kiss off of Bitter Boys which to these ears at least sounds reminiscent of Lush - always a good thing.

I could write reams of rubbish about what each individual song sounds like or whatever but the important thing here is that it sounds so VITAL, and that right at this minute, we need more bands like this. We need more female bands, we need more bands concerned with what's going on in the world, who'll write lyrics that mean something and make terrific records at the same time.

Colour Me Wednesday deserve your ears. You can listen to the record on their bandcamp
and as you'll see when you're there you can buy the record in a variety of packages. I really think you should.
Posted by damian at 15:10 1 comment: